The Minister of State for Northern Ireland, Mike Penning MP, joined members of the Northern Ireland Civil Air Patrol at their base to discuss the organisation and the support they offer to the community.

After viewing one of the aircraft, the Minister was provided with a briefing by the Chairman of Sky Watch UK, Tony Cowan, and Unit Director and Deputy Chief Pilot of Sky Watch NI, Paul Trimble. After the Chairman provided an overview of the organisation, Paul Trimble provided more detail on the service and technology used in Northern Ireland, including unmanned aerial vehicles (drones).

The Minister was very enthusiastic about the use of voluntary sector in support of the
emergency services and expressed particular interest in the work of Civil Air Patrol during the recent severe weather. After his briefing the Minister said “I greatly admire the work of the voluntary sector in support of the local community and the emergency services.”

It soon became evident that the Minister could see opportunities for a voluntary sector organisation such as Sky Watch Civil Air Patrol to support PSNI when searching for missing persons and in response to severe weather events. For the Fire and Rescue Service of Northern Ireland, the use of drones is particularly important when dealing with hazardous materials, wildfires and flooding. 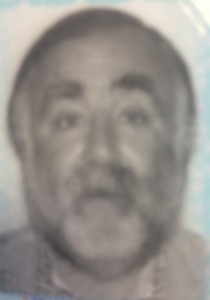 Early evening on Tuesday 2nd April we performed an aerial search over Donaghcloney and surrounding areas following the disappearance of a local man, Maurice Rubens. 68, Maurice disappeared on Sunday evening after being last seen in the village.

The search was co-ordinated by Community Rescue Service.