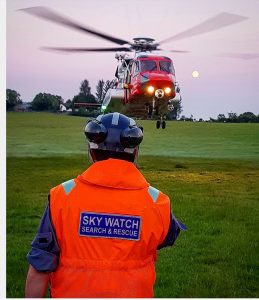 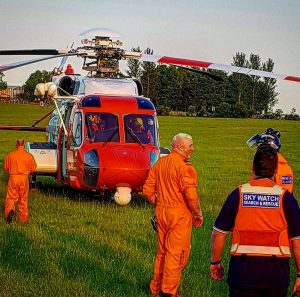 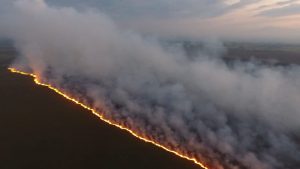 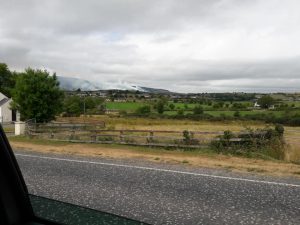 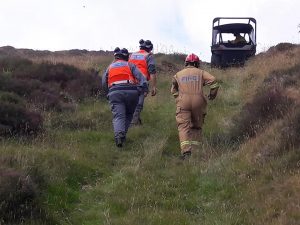 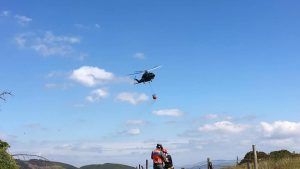 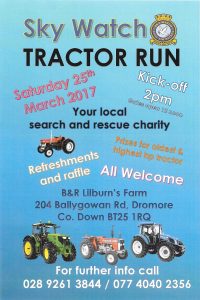 Sky Watch (NI) are holding a Tractor Run on Saturday 25th March 2017 to raise funds for training and equipment for their Search Unit.  The gates open at 1200 and all are welcome to attend.  The tractors will be setting of at 2pm and the run will last for approximately one hour returning to Lilburn’s Farm.

Entry is £10 per tractor and passengers are £5

Entry includes a £2 token to use at the catering van and one ticket for the raffle.

Entrance forms are completed on arrival. 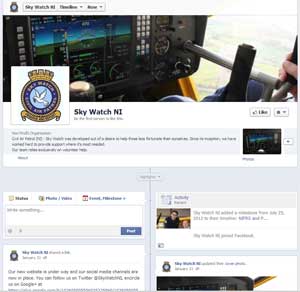 As you can see we are also on our new website which includes a few cool toys for flying enthusiasts, UAV / ROV information and most importantly how you can assist Sky Watch Northern Ireland with our endeavours to provide aerial and remote vehicle support to the local community.

If you would like to support us in non-financial ways you can volunteer with us, add links to your websites and blogs and spread the word about us on social media so please have a look around our new website and join us on our social media channels.